The Digitisation of the Justice Sector - A Roundtable with Adobe

Across the criminal justice system, organisations all have different logos, different internal structures and different ways of doing things; but we’ve found that on the whole they have very similar challenges. It is for this reason that roundtables and discussion groups, such as the recent one hosted by Rebecca Harris from Adobe, are so vital - to highlight common challenges, suggest answers and realise feasible solutions.

When people think of “modernisation” they often think of it as getting rid of paper; but it should also be about improving internal processes, citizen-facing workflows and citizen journeys; and delivering better experiences.

A lot of the work Adobe do is driving efficiencies for front-line staff, and this in itself is a huge topic. If we were to remove paper in the Police, for example, how could we make the process faster, more effective and give valuable time back to those working in the field? If we digitise court experiences, how can this help clear the backlog of cases or get cases through the system quicker? Looking at HMPPS, where there is a huge focus on mental health, how do we make the experience easier and the journey better for friends and family that are dealing with the courts and prison services?

In some ways, the pandemic was the Great Innovator of 2019-20. Having to go digital during Covid was very important for lots of people and has spurred organisations to look ahead. But it also brought to light some key gaps in the system and the size of the task at hand: for example, if the police digitise all their documents, but the CPS are still working from paper, the journey comes to a roadblock. It’s cross-department conversations like these that the team at Adobe are trying to have, to find feasible, common solutions.

The Move to Digital

Over the last seven to eight years the Police have looked intensively at digitising processes, for example reducing paperwork by rolling out handheld devices to all Officers. But all of this comes with its own inherent challenges: ensuring the security of data and files; integrating new and legacy systems; training staff in new programmes; standardising the process across 44 different Forces; and how to share all the information with other justice departments. Then on top of this is the cost to implement everything, which has to be very tightly managed especially in times of austerity and post-pandemic when budgets have had to be cut.

Jonathan Firth of West Yorkshire Police pointed out “It’s not as simple as, perhaps, the public would expect it to be. Because they can now do everything online from ordering food to speaking to their GP, they expect the same from the police. I think we are some way off this in its entirety, but we are certainly getting there. It’s been a slow and costly process, but we’ve had to do it”

An issue that became a focus for many at the roundtable was understandably the matter of security. Although important across all fields, the sensitive nature of the work of the justice sector, lends greater consideration to the security implications of a rapid transition to digital. How do we ensure that people have the appropriate levels of security access for documents? Do we know who is accessing them? Do we have an audit trail?

Whilst these questions were often asked frequently during the early stages of digital transitions, participants acknowledged that digitisation had meant that organisations were seeing a wider appreciation across their workforces for GDPR policies and enhanced cybersecurity. Whilst these tools had already existed for many, the adoption of tighter GDPR and cybersecurity measures has been a welcome biproduct of the shift to digital.

As one policing participant concluded: “There’s a new level of respect for GDPR and cybersecurity. It’s a new journey, it’s a good journey, and it’s the way we should keep going, but there are a lot of challenges along the way.”

A shared view across multiple workplaces was the acknowledgement that digitisation wasn’t just bringing about technological changes but heralding a full cultural shift. There were clearly many who were initially hesitant to embrace digital ways of working, especially when so many processes had been unchanged for decades. This was a clear internal barrier that many organisations were facing.

Rebecca noted that this had been seen by Adobe across multiple sectors: “I think there are a lot of areas where people feel safer holding a piece of paper or holding a bunch of documents.”

Whilst this barrier was, and still is for some, a problem, it appears that the pandemic has forced people to overcome their initial concerns and embrace this new way of working. Many at the Roundtable thought that the pandemic had forced necessary change upon organisations that would have otherwise resisted digitalisation for years to come. Some had even seen colleagues who had previously been opposed to digital changes performing a U-turn, with them now favouring some of the new processes over the old.

Another shared challenge that came out of the Roundtable was Education: how do you create a Centre of Excellence where good learnings are being spread throughout an organisation? Because once this is in place, you can really start to see the benefits from the technology you’ve already invested in.

One of the main blockers that came up is resourcing. Every agency has different resource available - some have a Digital team, others have an established Centre of Excellence, and others have Super-Users in charge of disseminating information and training to internal staff. This disparity results in some teams using a technology or programme really well, and other departments not knowing how to use it, or not wanting to use it.

It was concluded that education remains key in alleviating a lot of these concerns and these areas should hopefully see improvement in the coming months. Adobe is committed to increasing understanding of programmes and is aware that difficulties arise when users aren’t sure of full product functionality. The goal is to “bridge the gap” between organisations and product.

The Value of Time

Whilst discussing the benefits of digitisation, it became clear that in today’s world, time is often the most valuable commodity. Across the justice sector, the gains in this area have largely been seen as the strongest benefit to come from the transition to digital.

Historically activities such as court hearings have placed an incredible demand on people’s time and have often required key witnesses and police personnel to give up days of their working week. The ability to give evidence via video link or over a call has meant that staff have been free to resume their normal duties after presenting, saving both time and money.

An additional time benefit that was highlighted was an unexpected increase in efficiency. The Parole Board have been working through more cases than they were pre-covid, largely due to the shift to hybrid hearings. Although they experienced the same teething issues that others were experiencing with technology, these initial hurdles have largely been overcome and the higher levels of efficiency appear to be outweighing any initial problems.

Looking to the Future. Completely Digital or Somewhere In-Between?

Now that it’s been established that organisations across the criminal justice sector can embrace digitisation when required, the big question that closed out the roundtable was what happens next now that restrictions are starting to ease? Do we return to the old ways of working? Do we keep the implemented changes?

For all the benefits that can be seen from digitisation, there are certain roles, particularly for those who are in the public sector, that simply cannot be performed virtually. As Vicky from West Midlands Police highlighted:

It’s a conundrum that multiple workplaces are facing. For the police who need to maintain a public presence, for victim support who rely on face-to-face contact and for CPS who rely on the emotional connection of in-person hearings.

Adobe are well aware of these concerns and believe that there isn’t a one size fits all approach. Hesitant to use the frequently overused word of hybridisation, Rebecca believes that even for those jobs that require personnel to be out in the field, technology can still be used to make life easier. Technology can remove the need to take paperwork into the field and keep colleagues better connected, streamlining administrative processes. As Rebecca concludes:

“I think it’s just about using that technology to make sure that from an internal perspective, we are making your lives easier as well. I think that’s going to be a huge focus for everyone going forward”.

Over the last 18 months, organisations from across the criminal justice sector have been forced to embrace technology and modernise their systems at a pace that nobody could have anticipated. This transition has not been without its hiccups, but it is evident that this change has opened up new ways of working and broken-down barriers within the workplace. As we ease back into a sense of normality, the future is less clear. What is clear however is that organisations such as Adobe remain committed to supporting the justice sector, facilitating this forthcoming transition, and ensuring that the technology is meeting the varied needs of the sector’s many organisations. 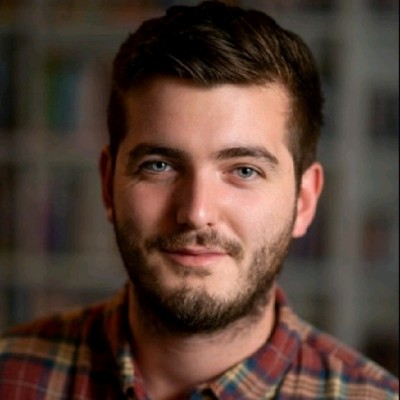 Reduce Re-offending with the CSTR Programme