Ahead of the Modernising Criminal Justice conference on 12th November 2020, the GovNet team caught up with Martin Jones to talk about at the changing role of the parole board and their impact on prisoners. 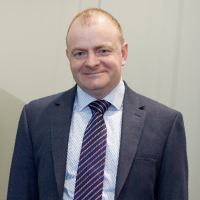 What is the Parole Board?

The Parole Board is an independent court like body which considers whether a prisoner’s continued imprisonment is necessary for the protection of the public. We make over 25,000 judicial decisions a year on those who have committed some of the most serious offences. Many of our decisions have the potential to create controversy and outrage.

How do we address this?

In the eyes of most of the public, the Parole Board is only in existence to release people who have committed terrible offences, who will then (obviously) go on to commit other dreadful offences. However, this is not an accurate representation of what we do. The majority of people we risk assess are deemed too dangerous to be released and those we do release rarely commit serious offences.

Last year around 65,000 people were released from prison. Just 3,000 of those releases followed consideration by the Parole Board, with the remainder released without any involvement of the Parole Board. Well over 75% of the prisoners we review each year are assessed by the Board as being too dangerous to release. Our decisions can result in decades of additional time in prison after the period for punishment has passed. Over 40% of the c9,000 people currently serving an indeterminate sentence remain in prison because the Parole Board continues to assess them as being too dangerous to release. Indeed, the role of the Parole Board ensures that the continued detention of dangerous people is lawful.

Virtually every person in prison has a chance of release at some point, and the majority will be released automatically. The Parole Board are there to essentially provide a check on the release of people who are potentially dangerous. That is why I am certain that our criminal justice system would be far weaker without a detailed and independent risk assessment of the most serious offenders by the Parole Board before their release.

The organisation has faced huge challenges and change in recent years to keep abreast of an expanding caseload and frequent reforms. In recent weeks the law has been changed to ensure that those sentenced for a terrorism offence will no longer be automatically released at the half-way point of their sentence. Instead, there will be a requirement for the release of all such offenders before the end of their sentence (or custodial term) to be decided by the Parole Board based on an assessment of risk. The Parole Board already risk assesses those serving sentences for the most dangerous offences and given the Parole Boards priority is to keep the public safe; it feels right that they are risk assessed by the Parole Board.

However as our work becomes more complex and attracts greater scrutiny, there are risks:

Martin has been Chief Executive of the Parole Board since 2015. Prior to 2015, Martin had spent over twenty years in a range of senior operational and policy roles in the justice system, including the HMCTS response to the public disorder in 2011; and as head of sentencing policy implementing LASPO 2012 and other changes to sentencing law. The Parole is an independent body that makes 25,000 decisions each year about the liberty of those serving sentences for the most serious sexual or violent crimes.

Rehabilitation not Recidivism: Starting from within Prison Walls

Criminal Justice in a Digital Age - Q&A with our panel

Criminal Justice: Increasing the use of treatment requirements